It is a beautiful Monday morning and in spite of the cold, I am in high spirits because I am in one of my favorite towns in the UK with a group of people I resonate with almost effortlessly.

Today, we are filming the trailer of my first feature and as nervous as I am, I am confident this is going to be fun; I have a group of amazing professionals with me. Now, this territory is not new to me since in the last year or so, I have been on a considerable number of movie sets, sometimes helping behind the scenes and I have even been privileged to be hired as DOP on a couple of films.

However, I still consider how we got here as nothing short of a miracle. It all started with a resolve to reach out to prospective collaborators and I was so amazed at just how much zeal and passion is out there waiting to be harnessed if one would just look in the right direction and make the right moves.

I had been working on a love story for a little over a year now but it is not your typical "boy meets girl" kind of narrative though. The core of the story centers on a girl's introduction to and subsequent struggles with substance abuse and how this impacted the people in her life. The story explores the triggers and complications of substance abuse within the context of a love story.

So, I had this synopsis penned down and kept writing in my free time. It was just another way to "unwind'' after periods of my hectic hospital responsibilities until I decided to share the idea with a friend. She turned out to be just the right propellant I needed to set things in motion. Before I knew it, we got others involved and were scouting locations and ended up making a teaser.

The whole experience achieved a number of things for me. Mostly,it strengthened the notion that there is always help out there if only you step out there and make a move. I also realized that idea that came to me months ago as I sat in front of my TV watching the horrors of a missing passenger plane had evolved and taken up a life of its own that it required a team to blow its embers into flame.

In the coming weeks, I will be posting my team's progress ïn the journey to making this feature film.

You will have an opportunity to get to know each team member and what they have done so far.

I will also be sharing the synopsis and links to the crowd funding page as we work towards raising the funds required to make this film.

UNCONDITIONAL: MAKING THE TEASER - IN PICTURES

Now You Can Blog from Everywhere! 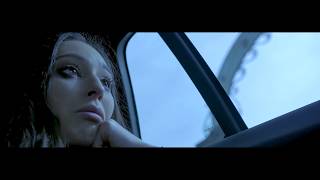 UNCONDITIONAL: MAKING THE TEASER - IN PICTURES